Cool Rod!
Although I really start to grow into the fanatic I think an inch wider and 5l more would make life a bit easier.
I gotta try one soon.
Top

Update:
The JP 7.2 doesnt add much when wingfoiling but is heaps of fun when Supfoil on crumbling but not really breaking waves at the outer sandbanks with just too high tide. So I probably keep it, but not for winging.
Wingfoiling I still suck in jibing but can fly pretty comfortable in chesthigh waves/chop and really relaxed when the conditions are flat like yesterday with a 6m in 15knots 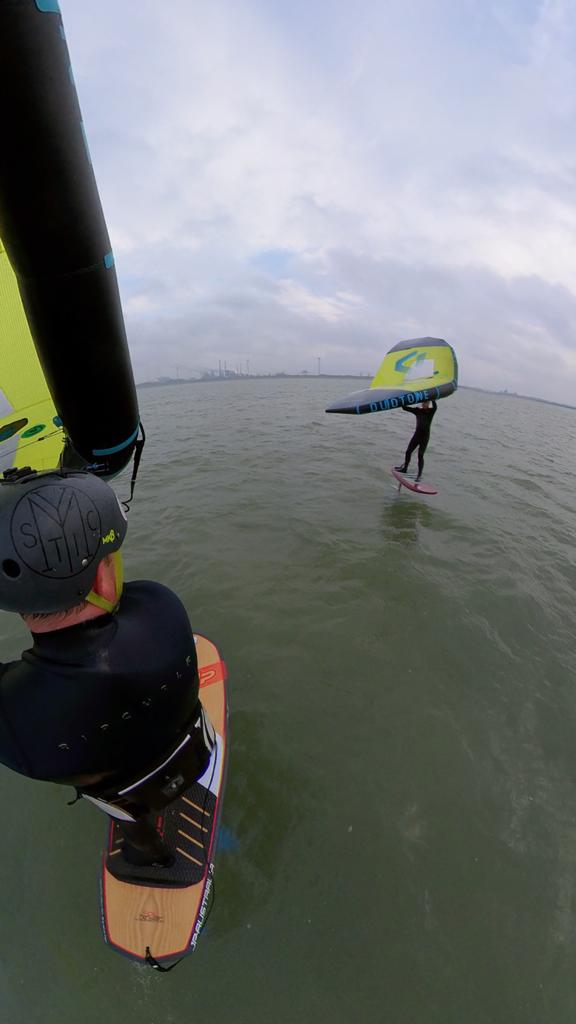 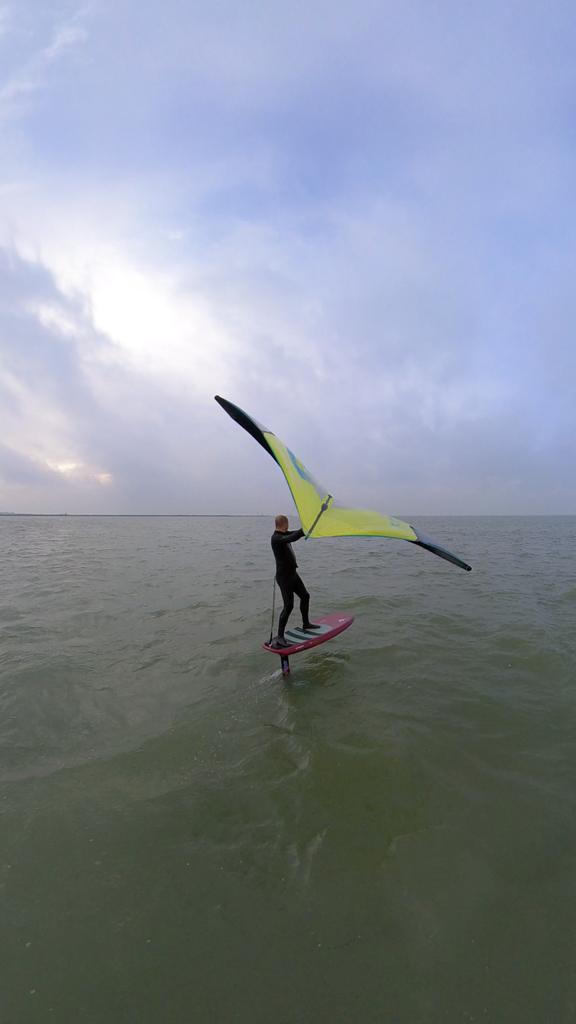 Hi Jeroen,
Do you ever look back to windfoiling? Or do you feel like many already stated, that once winging you never look back?
And if you would order a custom like your Skywing 5'8, would you let a mastbox put in the board to have an option for windfoiling?
The dimensions of the 5'8 seem not so far off compared to e. g. The Slingshot Wizard 114.
Alex
Top

I,m so stoked about winging that I sailed today 2h with side off 4.7 shoulder/headhigh and when the waves got lower and the crowd bigger stopped and drove to a lake to go play with my 4m wing and practice jibes KNOWING that the waves would come back.

For me windsurf foil was a good light wind alternative but I always found it a bitch to get through the break and to handle at sea. Wing is in this way easier. Maybe when speed is your thing, an faster foil and windsurf sail might be fun, but to play with waves/swell sea/oceanside the wing is hard to beat. Catching a wave and riding it with windsurf foil is really really difficult while with a wing I,m riding swell after a couple of sessions. swell that i cant ride with my wavesail gear so it is opening whole new doors!
So I wouldnt go back..and when looking back...only giggling about what people are missing.
Top

a couple of sessions further

Getting out with the 4m in the northsea is getting more and more normall as long as the conditions and shorebreak are mild and not too big waves.
The biggest problem is that the water gets very gradually deeper so I need sometimes to wade 15-20 through breaking waves before the water gets deep enough for the foil.
That is difficult with the foil on one side and a wing that you don,t want to get cut by the foil on the other side...buty once out...so much fun!
In 6m till 4.7m windsurf conditions with my wingfoil quiver and 4m we have often windswell starting way out in the back. swell you can,t ride with wavesailgear, but with the wing you pick up a big bump, grab the wing at the fronthandle and keep it on neutral and ride it all the way back till the water becomes too shallow.
Now that is where the difference the good guys and me: the good guys simply jibe and fly out, I try to jibe, drop in and have to start again between the waves on my knees...still worth it!

Another thing to mention: I have a new 4m wing

a week ago my father passed a lot sooner as expected away in a hospital where we couldnt visit him due Corona.
Very sad situation and after the funeral I needed to clear my head so wanted to go to the water, that always helps.
Wind was a strong east and in the netherlands that is dead offshore, so I went with a couple of winging friends who are a lot better as I am to a lake.
a friend of me cut his wing by his new sharp high aspect foil after 5minutes.
The water was freaking cold, the idea to go out was good, but too early. After a 5 runs i still didnt feel comfortable in conditions I can normally easily manage and made weird mistakes so called it a day.
My friend who is a way better winger as I am was still on the beach so I offered him my 4m so he could go out and drop it later at my house.
no much risk on a lake right?

Before I was changed by the car he came back:
The second run he made he felt in the water his board turned upside down and a gust hit the wing and dropped it on his sharp foil tearing every panel apart

Luckily there are insurances for that but the Duotones I got are all sold out so bought an Starboard/Aiirush freewing 4m.
Still have to try it, but looks nice.
Top

Sorry to hear about your father. Even though the covid restrictions are a necessary evil, they are so much tougher to deal with when a relative is critically ill. Had the same situation before my mother died earlier this year.

At the risk of a weird, upbeat change of tack, supboarder mag just released a huge video wing test and the Airush wing came joint top for wavesailing and the other top ones in that category were non mainstream brands- Smik and PPC.
Top

Thanx.
I have seen the test, lots of work and I fully agree with the comments they give.
I tried today in the dying wind the 4m Starboard Freewing and I love it

Very very light in the hands, I think I prefer the thinner feel of the handles over the thicker heavier Duotone boom although I like the micro adjustment you can make with that one. On a wave surfing is soooo much easier, lighter and better to control its almost cheating compared to the Duotone Echo.
Top 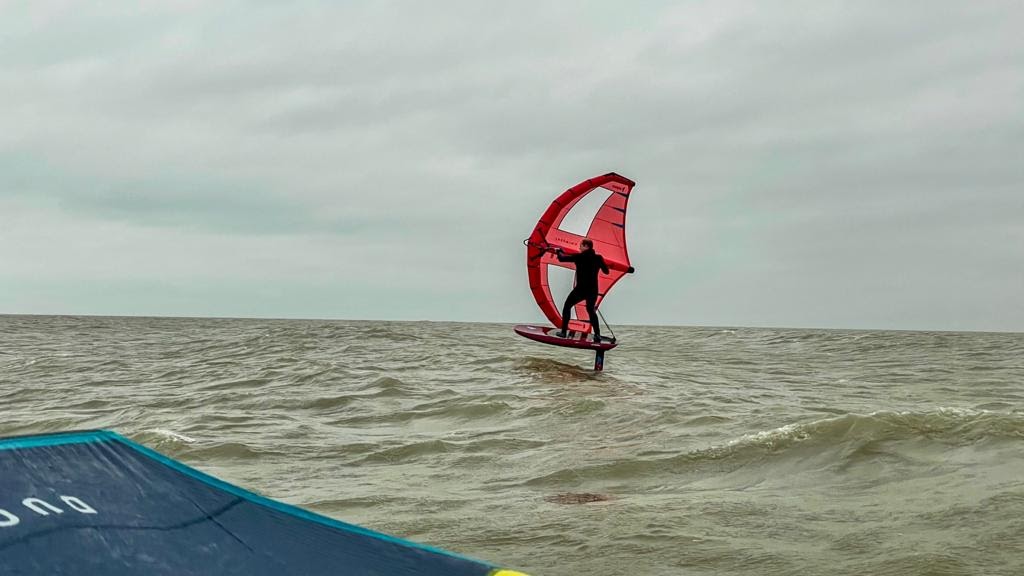 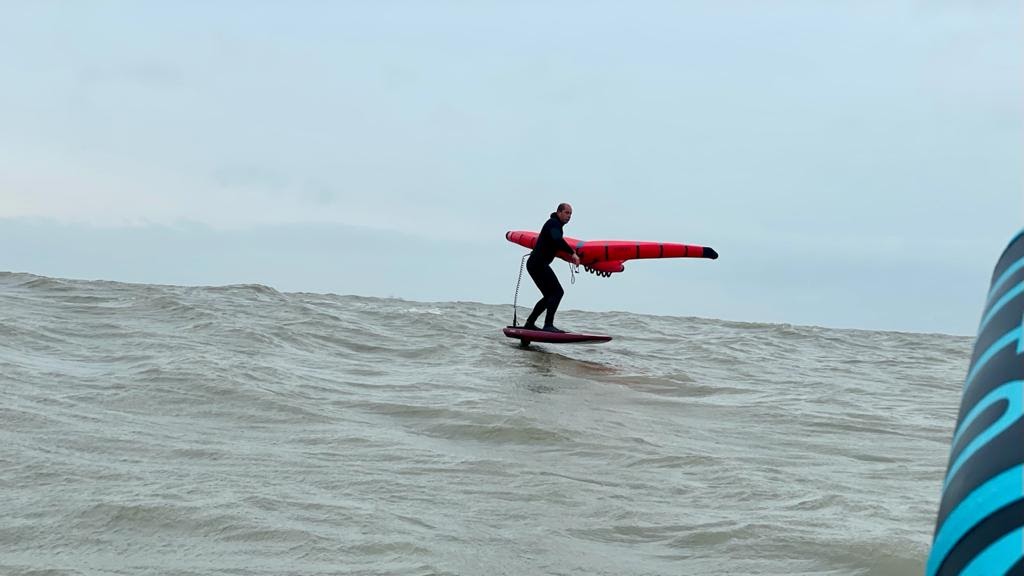 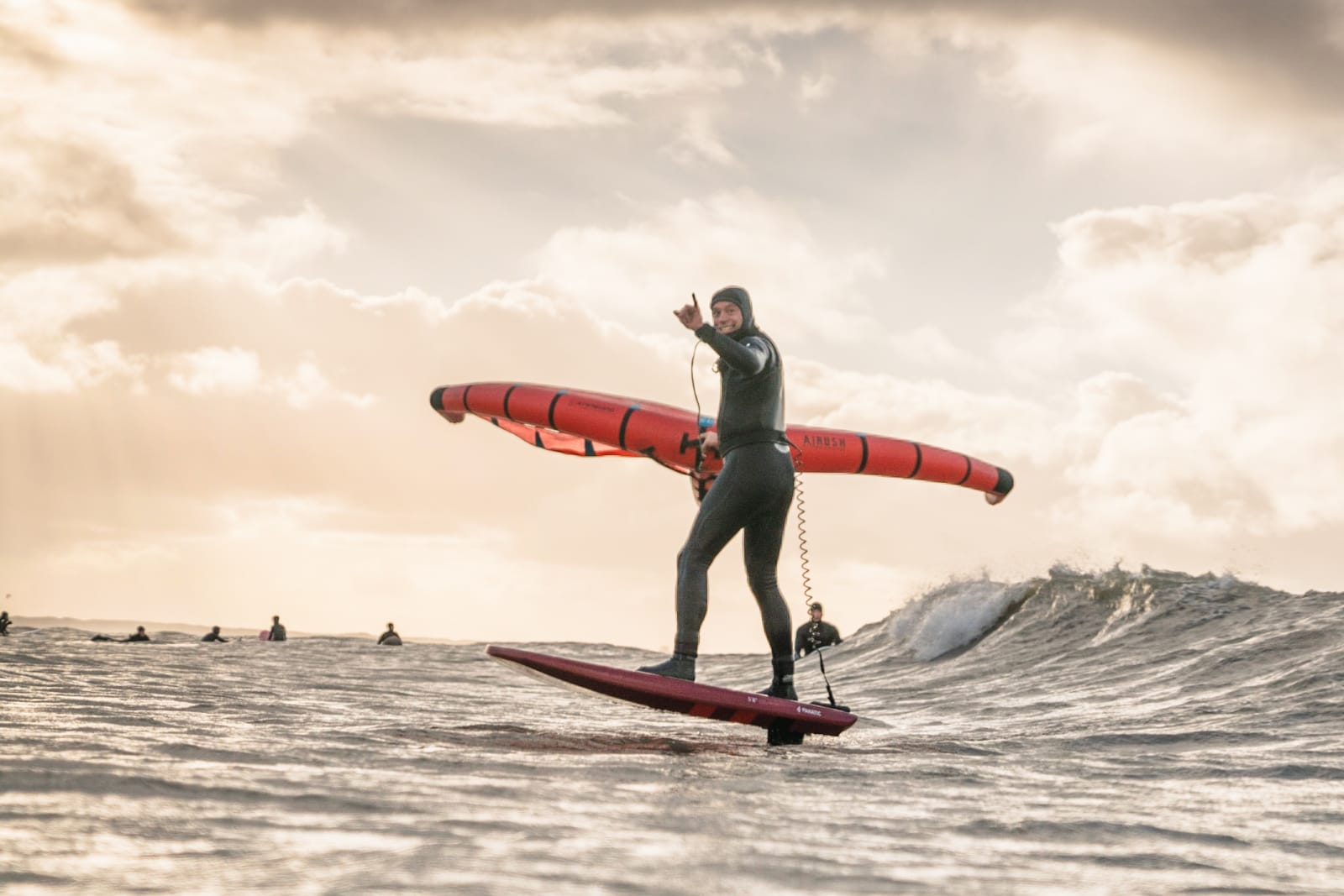 To celeberate Christmass I gave myself a Smik 5m wing and the promisse that I can buy a faster, more High aspect foils to ride even longer on the waves.

I tried the Naish HA 1400 and that has soo much more glide as mu Gofoil M200 and IWA that it is like cheating. Unfortunately just a Gofoil front wing cost as much as an complete foil from most other brands so I probably buy something else and sell this quiver
Now the biggest challenge to find some I really like.

Gong now make a full carbon foil. Their mast and fuselage were really what held back the quality of their foils. The wings themselves are extremely well built and designed with a tonne of options. You are also bought into a system with very reasonable prices for additional wings/tails.
Top

A friend of me got the 1m full carbon mast and it looks awesome and well made but they are really flexy and the foil needs very little power to twist compared to my Gofoil and the aloy masts from Starboard/Naish Pryde.
Its a bummer because the foils look very good!
Top
Post Reply
43 posts