Nils Bach claims a windfoil can not claim the World Speed Record.

They say they are starting with a blank sheet of paper. That is what the guys who designed Sailrocket did.

Others claim windsurfing with a foil already holds it - because Sailrocket is essentially a big windsurfer with a foil.
https://www.aerotrope.com/assets/aerotr ... rocket.pdf

Back in the 1980s they made the ITZA Cat planing catamaran - based on 1980's windsurfers.


Kitesurfer Damien Leroy showed that you could kitesurf in the air, tethered to a J-foil attached to a small float board. There was a video of it but it has been removed. (maybe because it is a risky thing to do?) 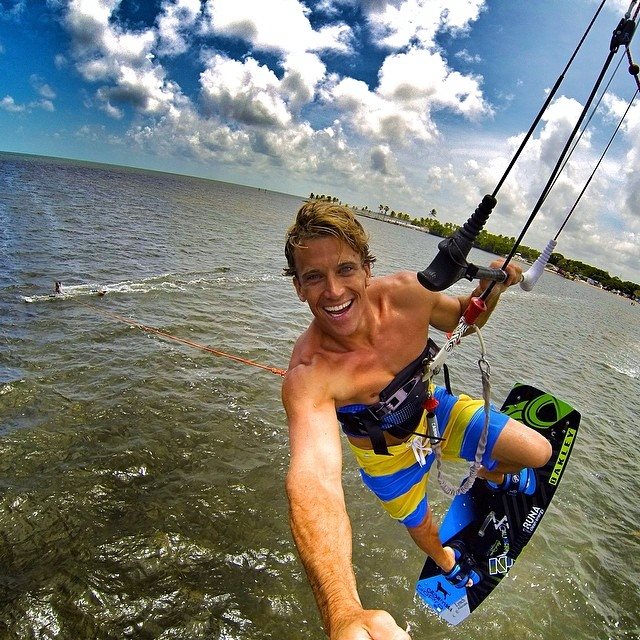 It does show that you can simply connect a wind power source to a J-foil with a rider inbetween to control the power. This is the opposite end of the scale from Sailrocket.
Top

I think the difference is that sail rocket uses a foil as a "hook" to hold onto the water. All the others use a foil to reduce planing area.
Good article even so.
Top

Richarli wrote: ↑Wed Nov 25, 2020 8:23 pm I think the difference is that sail rocket uses a foil as a "hook" to hold onto the water. All the others use a foil to reduce planing area.
Good article even so.

Windsurfing has progressed from 48.7 knots in 2005 to 53.27 by 2020. That shows we are going to have to do something radically different to get to 66 knots. Nils is right - it's not going to be a normal windsurf design that could get there.

Sailrocket is designed to do about 2.3 times the wind speed and it's peak speed was 68 knots. They sailed in an offshore wind in Walvis Bay, Namibia.

The power and angle of the sail is supposed to balance the 'downward lift' vector of the J-foil, so the craft has minimal contact with the water. It will no longer be limited by the weight of the windsurfer. The pull of the 'boom' connects straight to the J-foil, so the sailor doesn't have to be hooked in.

Project Zephir starting off with where we hit the wall in windsurf speed attempts. The Sailrocket project succeeded by starting with a blank sheet and open minds.

If you fall off where do you and board go?
Top

Alan Cadiz found that at speed, sometimes the leash aimed the board at him, so he invented a drogue system which slows the board down when drifting. He mentions it at 5:20 in this video.